What are the biggest impacts of counterfeits on brands?

Counterfeiters create serious problems for authentic businesses, but too many people are unaware of the full extent of the impact of counterfeit goods on brands. Red Points details the five most harmful consequences of counterfeiting.

Starting simple, if you are selling a product, and a counterfeiter competes with you by offering customers a copy of your own product at a lower price, you lose some sales to these cheaper items.

Not long ago, customers were better able to identify fakes and knew what they were getting when presented with counterfeits. But, in the online world the lines between real and fake are less clear. Counterfeiters are able to operate very effectively online, by stealing a company’s designs and branding and even by mixing their knock-off goods with their online product reviews. The images used of the product are sometimes the brand owners real photos, leaving the customer playing a guessing game between what is real and fake.

Counterfeits have become real competitors, and they can gut a company’s cash flow if left to operate freely. Over €26bn is lost annually from counterfeiters in the fashion industry alone, and this problem extends across a multitude of sectors.


A reputation under attack

Another side-effect of counterfeiting is that companies take a hit to their reputation. Since many customers are unaware that the product in their hands is a fake, when the knock-off item fails to work correctly, or it falls apart quickly, or it doesn’t meet their expectations, then the customer will blame the authentic company.

Word of mouth is, as we know is one of  the most powerful forms of marketing. So, when these customers receive poor copies of a product, word can spread that it is the real product that is not up to scratch.

Customers will also leave negative reviews online, further cementing this new reputation crisis and furthering the idea that the real brand makes low-quality goods. This does twice as much damage on Amazon; with their combined listings system, a customer can buy a knock-off from the official listing, and come back to the same page to share negative opinions. These online reviews are used as public indicators for brand quality, so the impact can truly resonate.

A truly egregious example of this is when Fuse Chicken had a counterfeit sent to a reviewer, instead of their actual product. As the company was growing in popularity, the New York Times requested a sample product to write a tech review. When the item arrived, Fuse Chicken got lucky, as the reviewer noticed it was a counterfeit and contacted their company. But, It took an eagle-eyed tech expert to notice the falsification, and it’s likely a regular consumer would have been left clueless.


Authentic companies left to deal with the fallout from counterfeiters

So, customers look for a product, then buy a counterfeit, and they’re rightfully unhappy with it. They demand compensation, either through a refund or a new product, and they go directly to the authentic company to find it. A number of affected companies find themselves in a situation where they’re dealing with an irritated customer, complaining about the poor quality of their item, and the customer service agent won’t even realise that the product they’re talking about is a counterfeit.

Dealing with returns proves to be a real headache for companies too. They receive faulty copies of their products which have nothing to do with the goods they themselves make and which they haven’t warrantied. Or, in the case of Beauty Blender, the customers can assume the counterfeit price is the regular price.

“When we have customers, or new users, who think they're getting a Beauty Blender for a much cheaper price, when they call in and want to talk about that experience, it creates a challenge."
- Shelley Swallow, Customer Relations Manager of Beauty Blender

Companies are finding themselves caught between a rock and a hard place; between trying to avoid losing time and resources dealing with the sub-par imitations of their products, and doing their best to keep their customer base happy.

The damage done by counterfeiters reachers further than relations with consumers. Distributors, retailers and other partners working with companies will often lose trust in legitimate businesses due to the actions of counterfeiters.

If a company have a price agreement with distributors or retailers, and they see listings on online platforms which offer the product at a lower price, their first instinct is often to think they’re being ripped off by the company itself. Why would a distributor buy a product wholesale if a brand appeared to simply undercut them on price?

This can be compounded further when partners have exclusivity deals in place; a distributor with exclusive rights to sell in a location will feel betrayed if it looks like the brand itself is in direct competition with them. These effects can seriously harm relationships built over many years of trust and cooperation with other companies.

When a company discovers they’re being targeted by counterfeiters, they generally want to fight back. But this is time-consuming and can be extremely expensive. Resources get pulled away from product development, advertising and anything else the company may have been excited to invest in, and instead must fund lawyers and lawsuits to defend their intellectual property and protect their copyrights. Legitimate companies are forced to spend hundreds of thousands of dollars a year, trying to force back a tidal wave of counterfeits sold on places like Amazon, eBay and Alibaba. CEOs, innovators and company founders must spend their time reacting against these infringements, instead of leading their companies into the future.

The impact of counterfeit goods on an organisation run deeply, and can cause long-lasting damage. Brands will see a sales hit once the problem becomes widespread, since counterfeiters are able to undercut them on price.

Their reputation is also under threat, since consumers will equate their brand with the possibility of buying a counterfeit. Red Points' research has shown that, when made aware of widespread counterfeiting of a brand, most consumers will see that brand as less desirable.

Once a customer has bought a fake, if they don't realise the nature of the product, many will return to the authentic brand for a solution. This leaves the brand in a situation of cleaning up a counterfeiter's mess, for none of the reward.

The actions of counterfeiters can also damage a brand's value in the eyes of distributors and other partners. Exclusivity deals can essentially be voided by the actions of criminals, and can leave legitimate businesses on each side of an agreement dissatisfied.

Finally, brands then have to pull resources away from important projets and growth, and distribute them into efforts of fighting counterfeiters. Like how a city with high levels of crime finds it hard to build parks and museums, brands suffering from counterfeiting tend to struggly to flourish as they deserve to.

Companies like Lounge and others all tried to face the problems of counterfeiting alone when the harms caused by counterfeiting became apparent. What they each found is that the traditional approach is ineffective. Widespread counterfeiting operating across the internet is a modern problem, and a modern brand protection solution is required to combat the counterfeit industry. 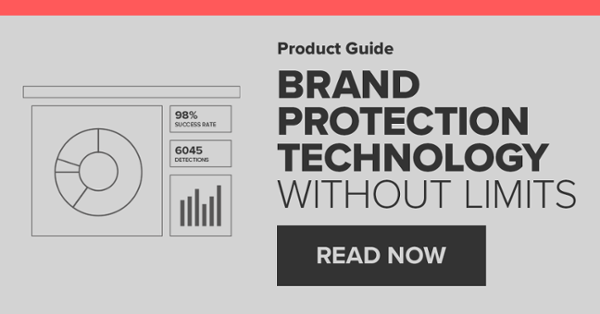 The business case for protecting your design patent

Everything you should know about the Shop Safe Act