How to stop super fakes

Super fakes are the next evolution in the counterfeiting; bootleg items are now made so well that they are fooling customers and brand experts alike.

What are super fakes?

Superfakes are the result of the ever-increasing sophistication of production methods in countries like China. The output is products that are so similar to the real thing, they have spawned a growing trend in young shoppers, who look for excellent quality fakes, particularly online. These super fakes, come with social capital, as part of the allure appears to be in owning a fake so good, not even loyal customers of a brand cannot to tell the difference. Super fakes can appear in any industry where counterfeits appear, it simply requires a high level of craftsmanship, real attention to detail, and access to quality materials. However, some industries have been more affected than others.

Luxury handbags have been the target of bootleggers for a very long time, and as the price of these items swiftly and steadily increases, the window of opportunity for counterfeiters only grows larger and more tempting.

Historically, the modus operandi of handbag counterfeiters has been to take these accessories, which are out of the price range for the average consumer, and offer the market a copy of them at a hugely lowered price. This means a Gucci or Chanel replica, originally costing north of $1,000, could be found for sale at under $100. The old adage of “what you see is what you get” does apply here - while the look of the handbag might be good enough to fool passers-by on the street, with the overall quality of the article (the quality of stitching, materials, longevity etc) clearly not being at the level of the authentic luxury goods. 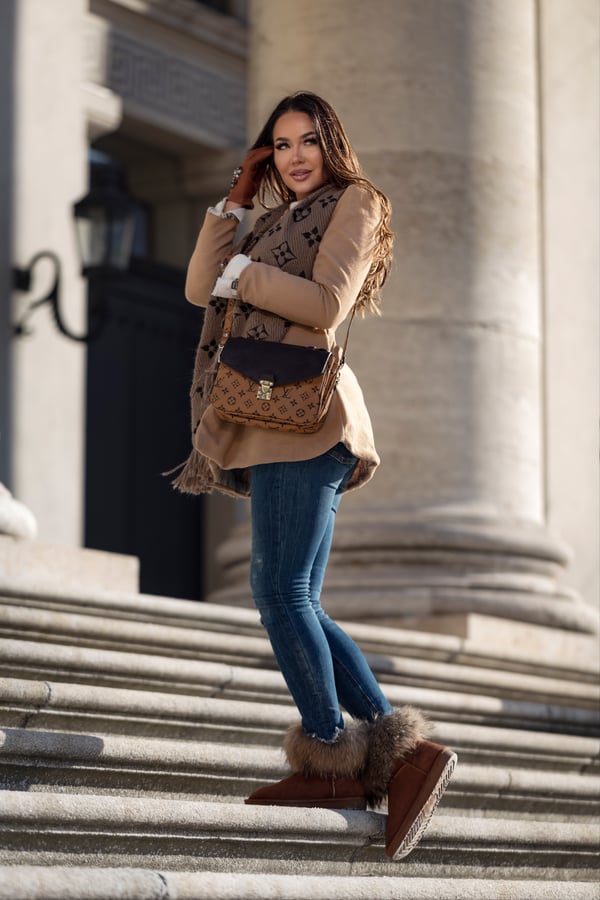 Photo by Mehrdad Haghighi at Unsplash

However, high-quality manufacturing equipment is now becoming more affordable and accessible, meaning the counterfeiters’ finished product is quickly becoming higher in quality, and much more difficult to differentiate from the real deal. This new breed of counterfeit isn’t targeting the $50-budget market; Some super fake handbags are sold for thousands of dollars. These items are not being bought to impress unsuspecting strangers, they are bought to fool everyone, and to blend in among the authentic items.

Horologists, fans and students of clocks and watches, have long prided themselves in their deep understanding of the minutia of timepieces, and in their ability to identify replicas. The movement of the watch, the mechanical engine that makes the piece function as a timekeeper, is put under incredible scrutiny when trying to authenticate a watch. The tiniest error in the weight of a hand or the shape of a gear will create a visible difference in how the hands move. Timepiece aficionados know what to look for, and are almost impossible to fool. That is, until the dawn of the super fake watch. 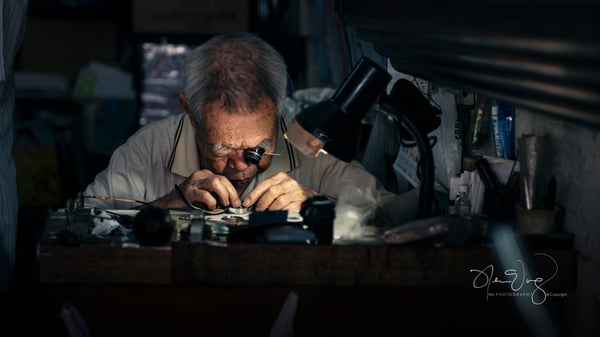 This new pedigree of counterfeit watch is created at such a high quality that even professionals and horologists find themselves falling victim to fakes. Like with handbags, the target market for these fakes is not people looking for an as-cheap-as-possible functioning watch with the Rolex or Omega name etched on the watchface. Instead, these watches are priced just lower than the authentic goods; just cheap enough to undercut the official brands on price and steal customers, but expensive enough to convince the market that these aren’t cheap and nasty counterfeit watches.

Applying this tactic requires an incredible talent for watchmaking, a level which takes years of experience in craftsmanship to reach. The parts used in the manufacture of the watches must also be as close to perfect as possible. In fact, super fake watch counterfeiters have been known to buy up unused authentic stock from momentarily cash-poor brands.

Methods like these can be very expensive and time-consuming, but for super fakes, it’s completely worth it for the potential money to be made. A watch meant to be sold for under $100 can have small errors and imperfections and the target market won’t have much to complain about. But when the final product is supposed to closely mimic a watch costing thousands of dollars, there is no room for error, and each part of the creation process must be performed perfectly, or the product will be an obvious fake, and relegated to the “bargain bin” type of counterfeit.

Smartphones round off the list of the biggest 3 targets of super fakes. As mobile phones have developed, the market demands more and more impressive software features, as well as more online interconnectivity. Phones stopped being stand-alone pieces of hardware with a call function long ago; consumers rely more and more on the functionality of their phone. Snake became online gaming with global leaderboards, texting became encrypted messaging apps, and explaining where you are became live-sharing your location for a predetermined amount of time.

Low-end phones are being squeezed out of demand. 12-year-olds, graduate students and CEOs are likely to have the same model of phone. The era of cheap, knock-off mobiles is screeching to a halt, and super fake smartphones are taking their place. 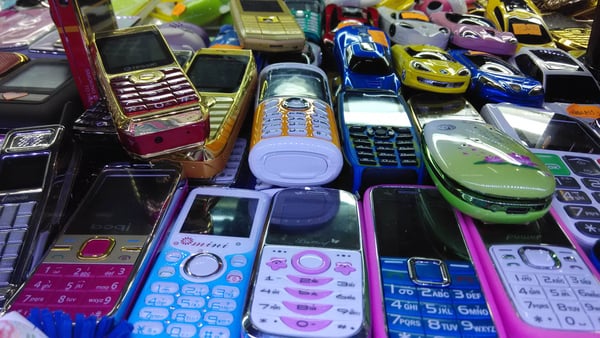 In previous articles we’ve explored Shenzhen, known as the Chinese Silicon Valley, and seen the incredible technological innovations being made there. So while copying a phone is a considerably more complex to copying a handbag in regards to complexity of design, there are more than enough people with the technical understanding of modern smartphones and apathy towards IP laws to make these impressive bootleg smartphones.

The result is near-indistinguishable from an authentic product made by Apple, Huawei or Samsung. Even when the customer holds the fake in their hand, the fake product is so close to the real one in terms of the screen display, the way the buttons feel when they click and even the software features are amazingly close.

How do super fakes hurt brands?

Super fakes hurt brands in the same way that any counterfeits do - only the problems are compounded. A consumer who purchases a $50 copy of a $1,000 Chanel or Prada handbag was likely never going to buy the authentic version, so these luxury companies wouldn’t have experienced a direct loss of sales. However, a super fake handbag offers consumers a near-exact copy of the handbag at a reasonable discount, diverting revenue from the authentic company and giving it to the counterfeiters.

The fallout that legitimate companies have to deal with when their customer base mistakenly purchases a counterfeit is also affected. Since these fakes do a much better job at convincing the customer that it is real, customers maintain high expectations of quality, since they’re under the assumption that it is, in fact, real. The disappointment felt when something goes wrong with the product, only to find out that it carries no official guarantee, especially after spending near-regular retail price, is massive.

What can be done to stop Super fakes?

Regular methods of authentication lose a lot of their efficacy when facing a super fake product. Either much of the “tell-tale signs” of counterfeiting, which soon become outdated or are largely based on industry pseudo-knowledge, are not effective enough to catch out counterfeits, or brands are forced to continually give secretive masterclasses on authentication to their teams and partners, and hope that counterfeiters don’t discover what faults are giving their game up.

Online brand protection remains an effective method of fighting counterfeiting. In Korea, super fakes sold online are often advertised on genuine sites within the country, but link to foreign-owned websites, much like how the counterfeit cosmetics industry functions with social media. Online brand protection services continue to detect infringements online, with the cooperation of major ecommerce platforms and with the brands which own the IP itself. These collaborative anti-counterfeiting teams remain a thorn in the side of all forms of counterfeits, regardless of how “super” they may be.