How to sell to China

The Chinese market, the world’s largest, is notoriously difficult for foreign enterprises to enter, due the Chinese government’s favouring of domestic brands, as well as huge differences in technology and business cultures.

Before making the move to start including China as a target market, there are many factors that need to be considered and properly understood, as a failure to do so could be disastrous for brands.

An important factor isolating the Chinese market is the changing consumer persona which continues to elude western marketing. China’s rapid economic expansion caused societal changes for its population and the financial growth that the country enjoyed led to an accelerated shift toward consumption within specific demographics. For example, Jeffrey Towson, author of the best-selling ‘The One Hour China Book’, puts forward the example of Chinese mothers, whom he dubs “super consumers”, as market influencers who control spending within the family unit. Their unique concerns and perceptions of paramount importance to consider, even when selling products aimed at different audiences.

As a recognition of Chinese business culture can grant benefits, a superficial understanding of Chinese consumers and an unwillingness to adapt have been the cause of collapse for many western companies entering China. eBay, for example, failed to capitalise on “guanxi”, the business emphasis on personal relationships, paving the way for ecommerce on Alibaba and WeChat, which integrate instant messaging services. Hertz serves as another example of a company that unsuccessfully tried to implement a western business model into China. The company tried to launch a traditional car hire service with little success. Chinese car hire firm eHi however quickly realised that offering an additional chauffeur-driven service could be more appealing in China’s gridlocked streets, an option which today accounts for over 50% of their revenue.

Of course, western brands do have playing advantages that stem from their geography. Certain products manufactured in the west, such as food and health and beauty products, enjoy a more distinguished reputation in China where product safety scandals are rife. International fashion brands, too, see success in China where self-expression is often achieved through the exhibition of wealth and unique taste. However, in order for these foreign brands to succeed in China, they have had to tailor their business model to reflect the differences in culture. Starbucks, for example, which has experienced tremendous success in China, offers localised as well as traditional recipes, and has recently partnered with mobile payment system WeChat Wallet so that customers can pay for their purchases - and even gift products to friends - through the app. 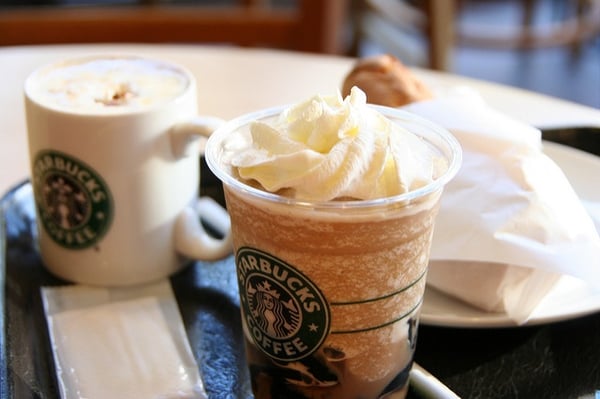 So whilst the enormous middle-class that China boasts is tempting as a market to expand into, it should be regarded as more than a mere geographical move. Companies must take steps to learn about the Chinese culture and adapt their strategies accordingly, considering more than the logistics of such a change.

An understanding of commerce technology, too, is arguably more beneficial in penetrating China than any other market. China encompasses the world’s largest ecommerce market, and these are evolving rapidly to a mobile environment, with mobile payments taking off in China with overwhelming success a long time before they became established in the west. Chinese ecommerce sites are seeing widespread prosperity because of their emphasis on recognising the individual Chinese consumer; in addition to technological advancements, ecommerce markets have capitalised on the Red Envelope tradition of Chinese New Year as well as on Singles’ Day, which has become the world’s largest online shopping day.

Non-resident companies providing a service to customers in China should have a clear understanding of how payment works when selling to China, as it differs to conventional western models, and a lack of understanding may result in difficulties securing payment.

With regard to receiving payment from a client in China, the process varies with the type of commercial transaction. For a B2B model, payment from China is heavily dependent on documentation and tax.

You can read about this in further detail at China Briefing, and additional details on Chinese tax, regulation and documentation are available in our free ebook

There are, however, other forms of secure payment available that you should consider outside traditional methods. This is especially the case in light of changing technologies; online payment platforms such as Alibaba’s Alipay and Tencent’s Tenpay both offer escrow capabilities which reduce risks in receiving payment. Be aware that to use Alipay to receive payments, a Chinese phone number and bank account is required, as well as a Chinese business license for professional use. Tenpay, by contrast, is simpler to set up and offers cross-border cross-currency payments.

It is advisable to examine trading records of companies before doing business to decrease the risk of delayed or non-payments, and also to conduct a credit check before entering into any agreements.

In order to protect yourself, an inspection certificate, certifying that the product meets agreed-upon quality requirements at the time of shipping, will be beneficial to yourself as well as the buyer. Additionally, because of payment delays from China and even a risk of no approval for payment, companies would be wise not to complete a significant portion of the workload until they have received at least one substantial payment from the Chinese side.

In the case of a non-payment, any leverage should be used to make a point. Otherwise, consider employing a collection strategy such as a letter from a lawyer. It is also wise to choose your time carefully - learn from Chinese companies, who tend to go on ‘collection tours’ at particular points of the year, targeting times that State-owned Enterprises tend to receive subsidies.

The largest in the world, and rapidly growing, China’s ecommerce market cannot be overstated. In 2016 almost 20 percent of global ecommerce expenditure was generated in China, where online sales totalled over $376 billion.

The Chinese market too serves to provide mutual benefits given the Chinese consumer’s proclivity for western brands. However, selling to China online is not without its risks, and the difference in ecommerce culture and attitude to consumption should be taken into account for any business hoping to virtually expand into the country. There are two main ecommerce sales routes, each with its benefits and drawbacks.

Selling over your site brings more control than through an indirect sales channel, but drives the need for attention to marketing and a targeted audience. Because the Chinese market is so accustomed to ecommerce and there is high competition between ecommerce sites, consumers are used to a superior level of service including fast delivery and return options and read communication between buyer and seller in Mandarin.

Your site should also offer mobile payment options, which is an exploding trend in China: WeChat, for example, handles 1 million mobile transactions per minute. As previously stated, it is possible to use Alipay to receive payments, although a Chinese phone number, business license and bank account are required. Easier to set up, Tencent’s Tenpay offers cross-border payments and currency conversion. Marketing a website differs too in China: where Google optimisation would be a go-to model for an emerging business in the west, Google in China is blocked by ‘the Great Chinese Firewall’. However, the most popular search engine, Baidu, recognises sites that employ specific SEO techniques, and there are guidelines to adhere to them to avoid marketing costs, which can be expensive.

Selling through an Indirect Sales Channel

Large ecommerce platforms are booming in China, namely sites in the Alibaba Group as well as JD.com. Tencent’s WeChat shopping platform rolled out on the success of its WeChat Wallet, is also steadily garnering interest. The emerging shopping platform is showing strong competition with ecommerce giants by opening up the market; WeChat Shop has recently announced plans to expand into Europe so that international brands can sell into China using the service.

There are plans, too, to expand WeChat Wallet into international markets. WeChat Wallet allows for mobile payments for sending monetary gifts, paying for bills, settling a restaurant bill and much more, and thus illustrates the extent to which commerce is intertwined with internet - and particularly mobile internet - consumption in China. Selling online into China from a foreign market is currently offered on Alibaba’s Tmall and JD Worldwide, but is an option not suited to every company as both of these platforms charge heavy fees, deposits and commission costs, and only operate with companies that meet a certain turnover.

The benefits to selling online include relative ease of access into the market and huge volume of traffic. In addition to this, there are little to no requirements for documentation, and even many Chinese taxes may be circumvented through the process; although this is likely to change as the Chinese government moves to regulate ecommerce.

Additionally, selling online opens up your IP to vulnerability. This is particularly true in regards to intellectual property in China, where owners do not have automated control of their IP as in the west. Although most of the major ecommerce sites have removal tools for listings that infringe on registered IPR, detecting these is still the responsibility of the owner. Therefore, it is generally considered good practice to employ either a member of staff or a software to search for listings and to maintain a high level of brand protection.

The contents of this blog have come from our free downloadable ebook, How To Sell In China 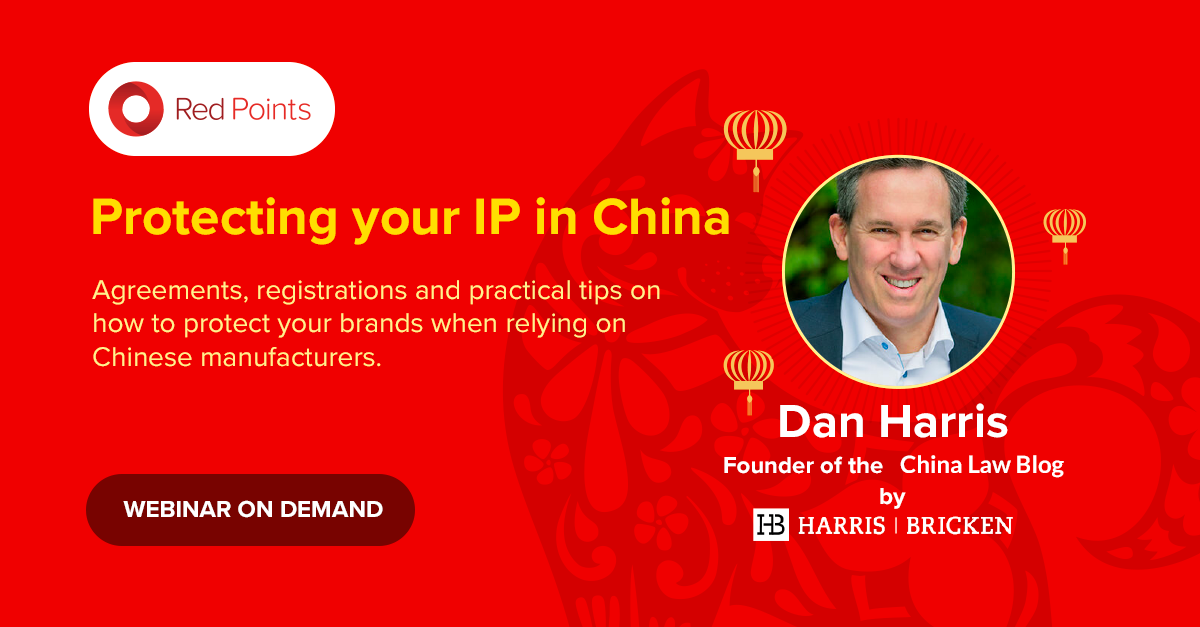