In the west, we have strong laws designed to defend intellectual property and to protect innovators. But the internet is still littered with counterfeit products. So how is this happening? We’ve identified a number of strategies and loopholes used by counterfeiters to circumvent IP protection.

“Don’t we check the packages coming in to the country?”

Smaller packages, generally holding individual items, are checked even less frequently. Modern counterfeiters ship directly to the end consumer, which means a large portion of counterfeited goods falls into the ‘small packages’ category. Simply checking crates and the biggest boxes, expecting to find a treasure trove of wholesale knock-offs, ready to be sold on the street, will not work.

And even if the product is caught and removed by customs officials, this fails to function as a deterrent to the sellers. The products are produced so cheaply that it is no problem for counterfeiters to simply send a replacement if the original doesn’t arrive to the consumer.

To say western markets are flooded with counterfeit products would be an understatement, and relying on customs to solve this issue is not pragmatic, so help must come from more sources.

Failings of the legal system

“Don’t we have laws against this?”

The EU and the US have strong intellectual property protection laws. The problem is that counterfeit items are produced in China and other non-western countries, far outside of the jurisdiction of European or American courts. International agreements often mean more to one party than the other. Non-disclosure agreements (NDA), used widely in the west to protect trade secrets, count for very little in terms of real IP protection when used in China.

Harris Bricken, a US-based law firm with a deep understanding of China, urges western companies who wish to do business in China to opt for non-disclosure, non-use, non-circumvention (NNN) agreements instead, and to ensure they are written primarily for Chinese courts and markets. Without this, Chinese manufacturers are able to share information about design and manufacture of products whose IP should have been protected. 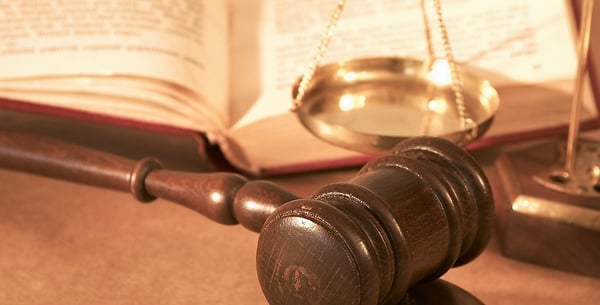 It is clear that we live in a completely new world of commerce; a world wherein goods can cross borders freely, but the legal and law enforcement systems which regulate those goods is still lagging significantly. We find ourselves in a liminal area where technology and consumerism have accelerated ahead of safety and intellectual property protocols. The ability of governments to enforce laws to keep their companies and people safe are being left in the dust.

“So, are online marketplaces just letting this happen under their nose?”

In 2008, the American courts ruled that eBay and other online platforms, including Amazon and Alibaba, do not bear the onus of responsibility for checking their site for counterfeits being sold, nor to have them removed. The ruling put this responsibility on the holders of the intellectual property, meaning that counterfeiters can operate freely until the IP owner finds each product being sold and reports it to the platform. So, only at this stage are Amazon, eBay and others legally required to take action.

This isn’t to say that they sit back and do nothing. Amazon started taking initiative against counterfeiters in 2016, going after sellers copying Forearm Forklift products and selling them on their platform. However, these counterfeiters that Amazon has taken to court are all based in the US, and American counterfeiting is really the tip of the iceberg when China is taken into consideration. That said, taking the fight to China is often a waste of time and resources, as hoverboard inventor Shane Chen discovered.

“Why is it so hard to tell what’s real and what’s counterfeit?”

One thing the counterfeiting industry does excellently is figuring out what strategies are being used to fight against their shady industry, and adapting their practices to avoid them. Red Points has already identified keyword and text manipulations used by counterfeiters, which we encourage you to read up on, but the detection avoidance methods of counterfeiters are numerous.

Pricing the goods cleverly is an important strategy for counterfeiters. Historically, counterfeiters have liked to massively undercut the market in terms of cost. But now, many of these sellers choose to price their knock-offs only slightly under the going rate. They now aim to convince the consumers the item is a bargain deal on an authentic product, not a counterfeit.

Stealing the branding of legitimate companies has always been par for the course for counterfeiters, and they’ve become especially clever in this regard recently. Take a look at the Forearm Forklift knock-off below; if you were to purchase it, a counterfeit item would arrive. But, from the images, the branding and the names used seem authentic. So, it can be nearly impossible to determine if what you’re buying is fake or real until the item arrives.

And, specifically to Amazon, even the reviews are those of the real product. Unlike other sites, products sold on Amazon all share the same listing. So consumers who are unaware may read reviews and think they apply to the item they are going to receive. Even the ‘Amazon Prime’ label doesn’t protect consumers from knock-offs.

We can see that, overall, the strategy for many successful counterfeiters has become to hide the fact the products they’re selling are counterfeits until the product is in the hands of the consumer, or even until after that.

“So how do I stay protected?”

It’s clear that we’ve reached a point in time where relying on human cues to identify counterfeit products is simply ineffective. Consumers still believe they are able to spot a counterfeit product. They expect a mistranslated name, a blurry image or a plethora of one-star reviews, but the counterfeiters know what consumers look for, and they’ve totally circumvented those prompts. Even when you are looking at knock-offs of your own product and feel like you can make a difference, we’ve seen it’s never that easy. The law is outdated and it would appear that some powerful countries are not doing enough to shut down the counterfeiters operating within their borders.

A much more effective defence is the employment of brand protection software. Advancements in areas such as machine learning and image recognition are happening very rapidly. The implementation of these technologies is becoming more and more important for legitimate manufacturers just to stay effective in their market, and not to lose their life’s work to copycats.