Why are shoes the most counterfeited product?

Why are shoes the most counterfeited product, and what steps can footwear companies take to end high-quality counterfeiting?

Today, shoes are the most counterfeited item in the world. Brands globally are being impacted by the practice, with brands most-affected by counterfeiting including international labels such as Adidas, UGG and Christian Louboutin.

With the luxury footwear industry supported by brand appeal and design as opposed to function, the damage that counterfeits can cause is immense.

A tale of a pair of fake shoes that travel the world.

In the fake shoe capital of China, workers are used to making trainers. Workers can be found in artificially-lit factories, stitching away under strip lighting.

One pair of replica shoes would travel particularly far. They are placed onto a moving conveyor belt, soon finding themselves in the dark.

The next time the shoes see light it’s late evening, and one is being picked out from a box, filled with identical fake shoes bearing a familiar logo or design. These shoes are modeled after one of the most sought-after shoes of the year.

The precision in the embroidered details are ever so slightly off, the spaces between the lettering not quite uniform; but these details are undetectable to an amateur. The shoe is replaced, the box closed, and soon the busy nighttime Anfu market can be heard.

The amao (chinese counterfeit businessman) takes a few pictures of the high quality replica shoes to upload them online. His listing is soon found by an American woman who sells knock-off designer goods. She is keen to expand into the fake shoe market, which is lucrative thanks to the high resale prices of in-demand shoe designs.

The woman launched her business after a work trip in Beijing, where she was fascinated by the high-quality knock-offs. After discovering the ease of delivery and discretion that ecommerce offers, the woman went full-time with her newfound enterprise.

Twelve days later the shoes reach the busy Seattle port. A customs official narrows his eyes at the boxes, divided into multiple packages to divert attention and escape duty charges. He takes in the box quality, the yellowing tape, and checks the importation document. Origin of Package: Tsuen Wan, Hong Kong.

A day later, one pair is ordered on a popular marketplace. The buyer can’t believe his luck at finding the shoes online - and for under their original retail price of $200.

When the shoes arrive he is delighted - until he tries them on. Crafted from cheap materials, the fakes are agonising to walk in. To his dismay, he identifies the shoes as fake. After failing to get a refund for the products, he resolves to selling them on himself.

Why are shoes particularly facing a problem with counterfeiting?

The shoe industry has experienced a massive growth in recent years, where the global economy has improved to the point that even the casual consumer can afford to keep up with rapidly changing fashion trends. And with the ecommerce boom, a tidal wave of celebrity-endorsed products and increased engagement in fitness activities, shoes of all types are enjoying high market performance. Of course as the genuine footwear market experiences success, counterfeiters respond with a multiplicity of imitation products, rolling fakes out rapidly to keep up with release dates.

Basketball shoes are currently experiencing the fastest-growing market share, driven by product hype stirred on social media channels and by market influencers such as athletes. Collectors of these types of shoes are known as ‘sneakerheads’, and are avid supporters of buying genuine. One such ‘sneakerhead’ known as ‘Yeezy Busta’ has taken it upon himself to educate consumers on fake shoes, policing photos posted on social media.

‘Legit checks’ are frequently sought after by consumers to verify authenticity of second-hand products, and this shows that many consumers would choose to buy genuine.

In order to maintain brand appeal, exclusivity is paramount for luxury footwear brands, and limited releases coupled with the rapidly-growing market has created an impossible demand for products. The result is that resales of popular shoes have prices sometimes ten times higher than retail, so consumers increasingly turn to high-quality designer fake shoes. There’s even an emerging market for proudly-purchased fake footwear replicas, and collectors are swapping tips on where to find the highest-quality fake shoes.

Unfortunately, outsourced manufacturing has meant that counterfeiting has become difficult to control. Some brands have had to deal with corrupt law enforcement practices and an acknowledgement of ‘third-shift’ manufacturing, where factories illegally produce goods from designs they have been contracted for, creating near-identical products.

Reporting on the footwear counterfeit industry, the New York Times interviewed a counterfeit producer who claimed that “the only way you can tell the difference between the real ones and ours is by the smell of the glue”.

Counterfeits are highly damaging: to brands who risk their reputation as well as their revenue, to the global economy, and finally to consumers. Fake designer shoes and other fake fitness products have been linked with injuries and found to contain harmful chemicals.

So what can be done to stop counterfeiting in footwear?

Brands that do anti-counterfeiting right, such as Nike and Ugg, often employ strategies that offer incentives to buying genuine, and seek to educate consumers on how to spot fakes as well as the importance of avoiding counterfeit products. Insourcing manufacture should also be considered in protecting products, as the reality of counterfeiting in China is a deeply embedded part of modern culture. However, increased labour costs may make this transition undesirable. Other brands, recognising the strong link between ecommerce and counterfeiting, have taken steps to address their level of counterfeit on popular ecommerce sites.

Making use of ecommerce sites’ takedown policies is perhaps a more realistic move for smaller brands, which are arguably the most impacted by the global counterfeit market. In light of the changing market, it is clear that brands of every level should take steps to recognise their own level of counterfeit online and allocate resources appropriately, devising a strategy or investing in a technological solution as needed.

There are a number of reasons for the incredible popularity of counterfeit footwear. The world is seeing an overall explosion in the interest in footwear of all kinds, from sports-inspired to high-end fashion.

With the demand for these shoes greatly outstripping the supply, a tremendous resale market has been created online. So, with people becoming more accustomed to buying from non-official sources, it’s little wonder that counterfeiters are seeing such success.

Finally, the increasing pride in getting the best replica products has spread from shanzhai communities in China, and has now permeated social circles in the west, and is prevalent in online communities, also.

Brands affected by this growing trend need not only ensure a strong IP strategy, but consider the technology that is now available to them to source these sellers automatically. 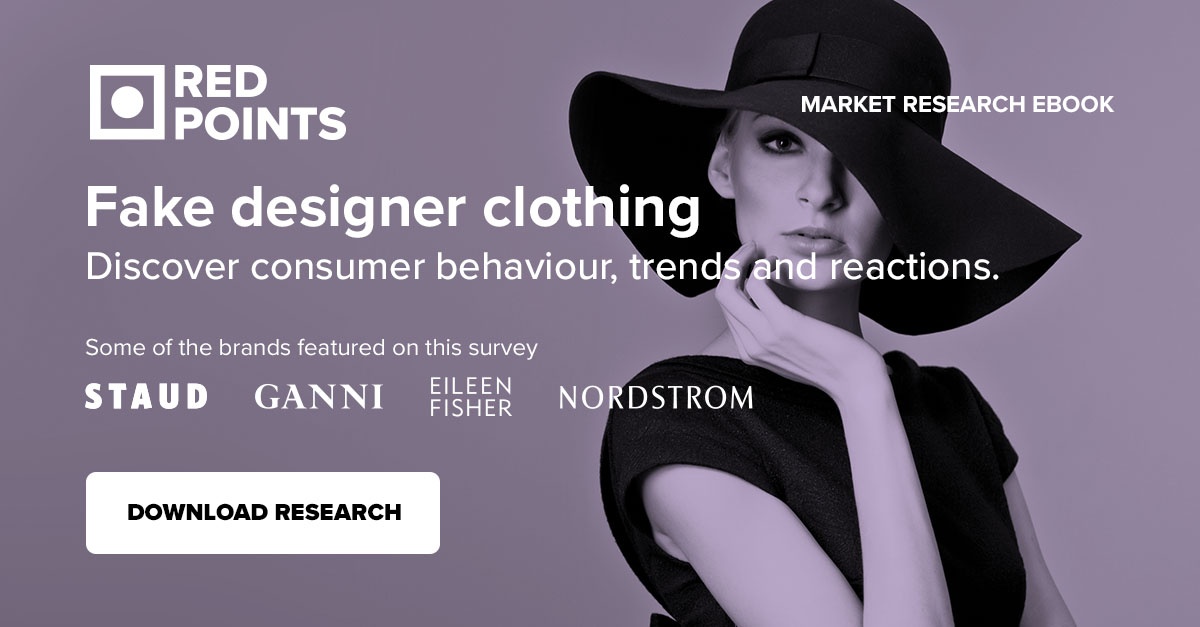