The popularity in fake football shirts are nothing new, however the quality and increasingly intelligent strategy implemented to market them is improving at an alarming rate. New Red Points research has drawn damning conclusions on the pervasiveness and quality of counterfeit products currently entering the counterfeit football jersey market.


Up until the ecommerce boom, the distribution of counterfeit football shirts was through street hawkers. These could be physically arrested, and their items seized. Online commerce, by contrast, allows the consumer to get a counterfeit football jersey sent to their home in just a few clicks. Sites are many, and owners often untraceable, operating through false identities. The problem becomes even more complex where anonymous sellers use platforms like Amazon, Makeitfutbol, eBay, Alibaba, and more recently, social media platforms like Facebook and Instagram and even apps such as WhatsApp and WeChat.

FAKE FOOTBALL SHIRTS ON THE RISE

Football is far from the only sport affected by counterfeiting. Research undertaken by Red Points has found that nearly a third of fake sportswear products are found on Facebook, with other social media platforms offering counterfeits also. A similar trend has been seen within the rugby world. Following the 2016 introduction of the sport to the Olympic Games, it’s been steadily on the rise in international popularity, especially in Japan and China. This means fake rugby jerseys are being sold widely on social media to capitalize on the sport’s growing success. Even Cricket isn’t safe from counterfeiting - fake cricket bats are widely available for sale online also, especially targeting Indian consumers.

This shouldn’t come as much of a surprise, however, considering the rapid expansion of the entire industry in recent years. The economic value of counterfeiting sat at around US$461 billion in 2013, and counterfeiting value is predicted to skyrocket to US$2.3 trillion by 2022.

These results are not necessarily indicative of counterfeiters simply leaving one sales channel for another, but rather diversification of their sales strategies and exploring new possibilities. The research suggests two reasons for the expanded presence. As well as the clearly larger user base of social media compared to ecommerce websites, social media platforms have effective targeting and segmenting tools, which counterfeiters can use to target consumers much more accurately.

Furthermore, social media allows individuals selling a small amount (10-50) of counterfeits, which has been shown as a common practice from Red Points’ research. Setting up an entire ecommerce page for such a small operation makes little sense, but taking advantage of social media is much more time- and work-efficient.

Social media has quickly become the favoured channel for counterfeiters in recent years, and Red Points’ study shows this is no clearer anywhere than within football jerseys. Counterfeits detected by Red Points on AliExpress sat at 26.5% in 2015 and has shrunk to 5.4% in 2017, while infringements on Facebook jumped from 2.2% in 2015 to a colossal 46.3% in 2017. There are a number of reasons for this rapid shift in strategy from counterfeiters.

Note: Detections from Amazon were intentionally omitted due to certain client restrictions

Since 2017, Facebook have been releasing their own copyright and trademark reporting data. They show a steady increase in the number of complaints raised within the platform over posts or pages that contain IP infringing material. This isn't anything new, brand protection professionals have been observing the trend over the past 5 years. However, it has prompted many people to question whether Instagram and its owner Facebook have a problem with counterfeits.

The Red Points' study has found that while infringement numbers on ecommerce sites have remained more or less stable, the number of infringements on Facebook and Instagram has increased by almost 300% in 3 years.

"Football clubs have had a problem with social media for a while now, but it seems to be growing at a faster pace in recent months. Football clubs are more affected than other types of brands for a number of reasons. One of the reasons is that Football fans are very easy to target on social media, especially with the extensive marketing tools available on the platforms."

Posts tend to refrain from using the club's name or nickname as these are easily monitored by Facebook or brand protection services. Normally, pages tend to link to outside sites or give numbers for Whatsapp groups where policing is then out with Facebook's direct control or is increasingly difficult.

A second Red Points study (surveying men aged 18-44) on the topic found almost 90% of study respondents are unwilling to spend the full RRP of official football jerseys, and many (38%) respondents admitted to having purchased a fake football shirt in the past. Considering how talented counterfeiters can be at masquerading their goods as authentic, that figure is likely to be considerably higher in reality.

In another question, the same respondents acknowledged that purchasing fake football jerseys contributes to social issues such as unethical labor markets and organized crime. If consumers are aware of the surrounding problems caused by counterfeiting, why do they continue to buy the goods? It could be that the ever-improving production quality of counterfeit products, coupled with the discounted price they’re offered, grants football fans a deal that is simply too good to refuse. It’s a deal that authentic brands, who are tasked with actually designing the products, find almost impossible to match these cheap football shirt replicas.

Red Points got hold of a number of authentic football jerseys prior to the World Cup, as well as their illegal counterparts. Looking at the images of fake and real football shirts below, can you identify which is which? 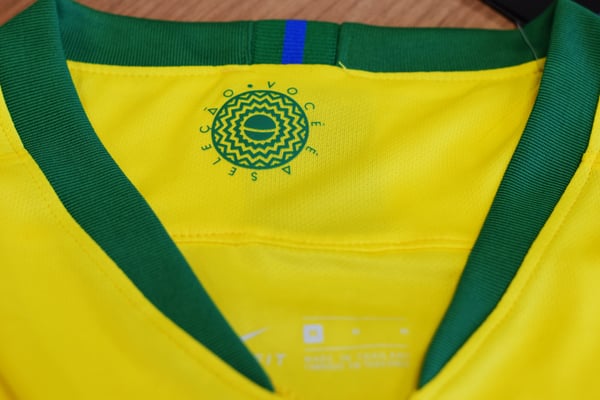 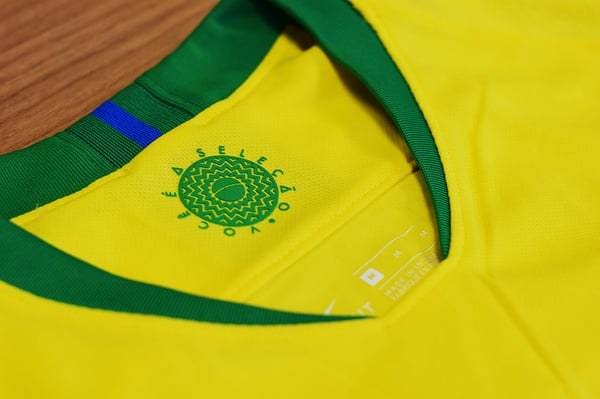 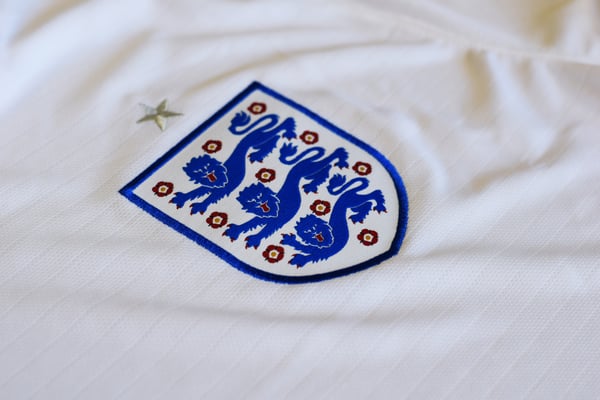 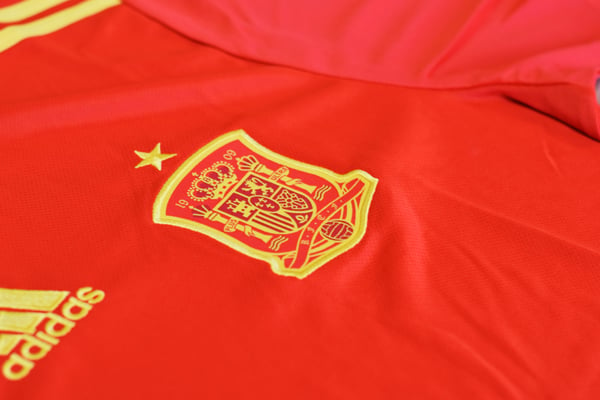 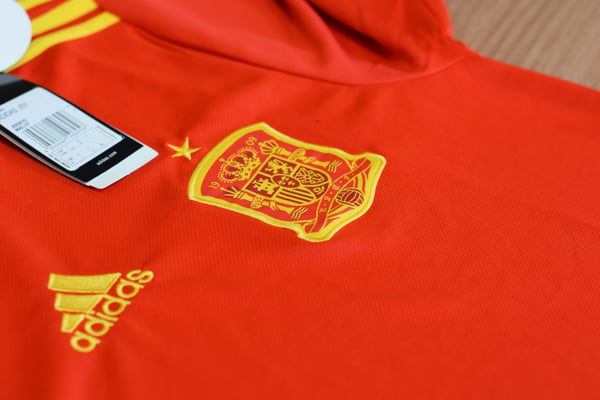 HAVE YOU HAD A GUESS?

Many readers will be able to spot certain differences between the pairs of images above. The problem is knowing what the differences really mean. That is, what are the real signs that identify these football shirts as real or fake? The emblem on the Brazil shirts is rotated, for example. But would even hardcore fans of the Brazilian football team be able to confidently say which is which?

If you identified the first Brazil jersey image, the second England jersey image and the second Spain jersey image as the counterfeits, then congratulations! The vast majority of football fans are less eagle-eyed than you in identifying the best fake football shirts.

Some important questions remain: if you see these fake jerseys in a shop, or listed for sale online, without an official football jersey laid next to it to make a comparison, would you be able to confidently say if it’s real or fake? If a consumer can wear a knockoff jersey and fool people walking past them, does it matter at all to them that it’s counterfeit?

We know many shoppers won’t be able to resist high-quality, low-priced shirts, so it is up to brands to ensure that unethical and illegal products aren’t offered on the market.

It’s important to note that ongoing counterfeits damage more than just revenue and can have much deeper effects on businesses. For example, a club not mitigating fake shirt sales can devalue the brand, reducing what they can negotiate from sponsors. This loss of trust affects investors, reputation and ultimately the money available for players. It appears that football clubs may have failed to prepare for their own success and if they wish to control what happens on the pitch, it’s important they control what happens to their brand online as well.