Brand collaborations can be great marketing ventures, but can also bomb catastrophically. Collaborations between brands tend to go one of two ways. A prudent partnering pools resources between two suitable brands to achieve reciprocal success, impacting exposure, reach and customer interaction. However, incongruous partnerships can send out mixed messages to an audience, and even damage how a brand is perceived.

When considering collaborative marketing it’s important to finetune the strategy in consideration of your brand’s identity. Picking the right brand to work with is vital, but additionally, you should be specific about objectives. We’ve come up with a list of some brand partnerships that really resonated, and others that bombed, to learn from them.

5 great brand collaborations, and why they worked


Uber and Spotify’s 2014 collaboration gave customers exactly what they already wanted: the ability to control music in their Uber, through the Spotify app. The campaign’s launch also featured exclusive live sessions and even artist ride-alongs for a few lucky passengers, generating a wave of publicity. Uber drivers could opt to participate or not in the campaign, further driving competition (pun intended) in Uber’s interest.

What worked: The campaign delivered genuine value to passengers, taking advantage of an audience crossover and showing knowledge of a specific demographic. Both brands came off as innovative, current and trendy in the collaboration.


IKEA made a collaboration with Virgil Abloh, founder of streetwear design company Off-White. The products were released in 2019, including the iconic blue FRAKTA bag, which made headlines in 2017 when the $0.99 IKEA add-on inspired a new piece by luxury designer Balenciaga. The collaboration sees IKEA marketing itself to millennials, while Off-White is marketed to the mainstream - for a limited time only.

What worked: The collaboration is already making use of social media ‘hype’ and most particularly Instagram, a platform key to the audience it hopes to appeal to (see: 8 rules for creating a successful business Instagram). Both brands are set to benefit from the collaboration, which keeps IKEA current and Off-White innovative and expanding.


In 2014 Domino’s matched with Tinder on what is surely a popular day for both parties: February 14th. Tinder grabbed a slice of the action by allowing users to swipe right on a range of special deals and freebies offered in pizza-form. Domino’s promoted the deal on various social media channels through a series of ‘cheesy’ one-liners.

What worked: Both brands delivered value to a sector of customers that is usually alienated on Valentine’s Day: single people. The results could be measured by interaction, and reached some 230,000 users.

Kat Von D and Too Faced


Kat Von D and Too Faced are two brands currently dominating the very-hot cosmetics market. When they announced a collaboration at the end of 2017 they challenged marketing norms: after all, these two brands compete in the eye-makeup sector. However, the company founders happen to be great friends. As well as a set featuring bestseller Too Faced mascara and Kat Von D liquid eyeliner, the duo released an eyeshadow palette designed in the shape of two heart halves, acknowledging the rapport and unifying Too Faced’s flirty, girly shades with Kat Von D’s bold vivacity.

What worked: The collaboration recognized the limits of brand loyalty within cosmetics, and both brands opened themselves up to the other’s audience.


We couldn’t write about brand collaborations without mentioning the legendary Stratos event supported by Red Bull and GoPro. In 2012, skydiver Felix Baumgartner jumped from 128,000 feet above Earth, breaking the speed of sound in an epic freefall. The GoPro: Red Bull Stratos jump, which was captured live on seven HERO2 cameras, broke three world records, went viral, and prompted another collaboration between the brands.

What worked: Exposure for the two brands was enormous, and both Red Bull and GoPro achieved a status as ‘lifestyle brands’. Sales for Red Bull immediately rose by 7% in the succeeding six months, and the high-res live stream had 52 million views online, and was also shown on 80 TV channels around the world.

Apple and U2 release a free album


A generous giveaway that spawned a social media frenzy directed at U2, Bono and Apple: iTunes’ automatic release of U2’s thirteenth album Songs of Innocence to 500 million iTunes users bombed massively, with one social media critic claiming “Apple owes me a new iPhone because I had to purify this one with fire after finding a U2 album on it”. Ouch. But why did the collaboration stunt fail? As CBS concludes, Apple’s takeaway is to match an audience, and specifically to “never let those over 40 decide what music they think younger consumers are bound to think is cool”.


In late 2016 the one and only Paris Hilton shocked the world by tweeting that she was “so excited to share new hair collection from Lidl”. Yes, that German budget supermarket Lidl that we all have a special place for in our hearts (or stomachs). The collection, #HereComesParis, is dedicated to hair products including straighteners, styling brush, and curlers. With low, low prices starting from just €2.50, it’s likely that the socialite and reality TV star has sold away her high-end designer image in what cannot be a smart business move.


After the complete and utter failure that was Beyoncé’s fashion debut House of Deréon (remember those tacky prints and the controversy about sexualizing young girls?) it’s fair to say that nobody was expecting great things from the singer, songwriter, actress, and general queen Bey. Beyoncé’s athletic wear line, sold at Topshop and Nordstrom, saw initial success in its launch week and was the top-selling brand at Nordstrom. After the first week, however, Ivy Park began to… linger, leaving some bloggers complaining that Ivy Park is simply taking up space in Topshop. It’s also clear that it’s a Bey brand and not truly a fashion-conscious brand. Not exactly marketing both parties as innovators, or achieving like-minded harmony.


It’s little-known today that small audio company Monster first designed and created Beats by Dre, the headphone line that anyone and everyone who’s anyone has been wearing since 2009. After pouring millions into the precise engineering, the company signed away their product to Beats Electronics, agreeing to manufacture and distribute the headphones whilst forgoing any claim to ownership. Gradually Beats Electronics separated from Monster, selling more than 50% of its shares to HTC and later bought by Apple in a record-breaking $3 billion acquisition. Spurned developer Monster sued Beats Electronics for breach of contract, but ultimately Monster lost the case last year. It seems these companies were mismatched from the start; a small company supported by the passion of audiophiles is surely doomed against a media entrepreneurial team with the entertainment industry on their side.


Target has had many collaborations with such names as Luella and Zac Posen, and most have been successful. Its 2012 Target + Neiman holiday line, however, bombed significantly after a huge buildup, with products going on sale after just three weeks. Retailer Target pointed to slow sales between Black Friday and last-minute Christmas shopping, as well as some luxury products that had too-high prices for Target (i.e. not aimed at their target market). Target also said that after their collection with Italian designer Missoni sold out on its first day, they doubled their inventory with the + Neiman line. Unfortunately, what they did not predict was that this would damage the exclusivity that such collections thrive upon.

Supercollaborators like Red Bull, McDonald’s, GoPro, and Coca-Cola understand how collaborations can help brands to realize their full audience potential, to market their companies as thought leaders and lifestyle brands, and to support or challenge a brand identity. Collaborations are one of a few great ways to refresh a product line.

As these examples illustrate, good brand collaborations take advantage of or seek to merge a common audience, achieving growth organically. They market brands as aware and innovative, going above and beyond their company status to communicate a message of what the brand stands for.

However, collaborating with another brand is by no means an easy task. It takes teamwork, compromise, and most importantly a thorough understanding of your customers, unique selling points, and industry. Because of its play on innovation, a digital marketing strategy is wise: learn from the best who have broken the internet with high-profile collaborations, creating media hype in the weeks leading up to a launch. It is also crucial that partnerships work towards mutual benefit rather than high profits, as brand equity should be the key to expanding your brand. Finally, ensure that an allied brand is a good fit for your aims and your audience, to either strengthen or challenge perception.

The collaboration that fails should serve to advise caution to brands thinking of similar partnering strategies. Whilst collaborations can be hugely successful in seeing two brands benefit off one another, merging audiences and enforcing a brand identity, conducted wrongly they can be fatal. It’s of the highest importance to protecting your brand’s image in the digital environment, where social media is a powerful platform of consumer opinions, and steps of the buying process are inevitably outsourced. Learn more about protecting your brand equity in our eBook on selecting a brand protection solution.

In today’s socially-influenced market, customers increasingly expect a presence on social media channels. Particularly when a business is hoping to attract and appeal to a younger audience, branding is of crucial importance to both maintain and protect. To learn more about how to protect your brand, take a look at the Red Points Brand Protection solution. 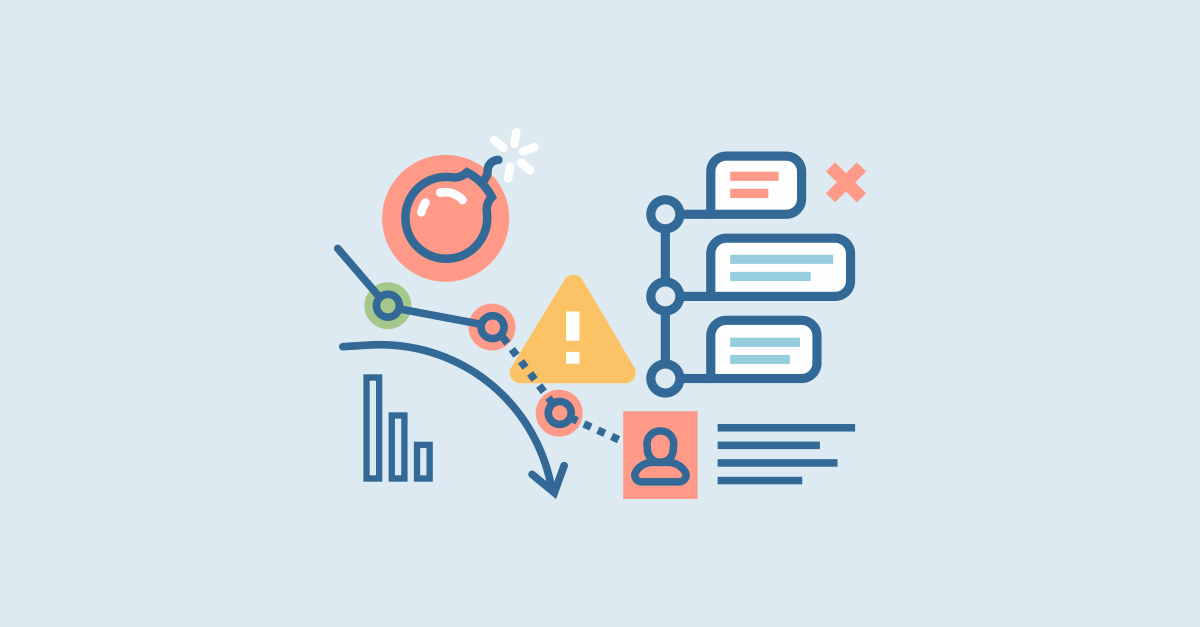