In this article, we will take a look at:

What is a utility patent?

A patent is a grant of a property right to an inventor issued by the United States Patent and Trademark Office (USPTO).  A utility patent is a patent that protects novel, non-obvious and useful process, machine, article of manufacture, the composition of matter or improvements thereof.

While a utility patent can protect the way an article functions and/or method of using the article, in contrast, a design patent only protects the ornamental appearance for an article, such as its shape, configuration or surface ornamentation applied to an article.

What can be patented?

According to 35 U.S.C. § 101, to be patent eligible, first, the claimed invention must belong to at least one of the four categories: processes, machines, articles of manufacture and compositions of matter.

The Manual of Patent Examining Procedure (MPEP), which is published by the USPTO, in § 2106.03, provides useful definitions  for each of the four patent eligible categories:

The Supreme Court has stated that granting patents to inventions primarily directed to these exceptions would impede innovation rather than promote it because these exceptions "are the basic tools of scientific and technological work.” See Alice Corp. v. CLS Bank, 134 S. Ct. 2347, 2354 (2014); Mayo Collaborative Servs. v. Prometheus Labs., Inc., 566 U.S. 66, 71 (2012).  See also MPEP § 2106 for a detailed discussion of the judicial exceptions.

The following flow chart provided by USPTO, and reproduced from MPEP § 2106 III, provides a quick overview of the steps involved in determining what can be patented, as discussed above: 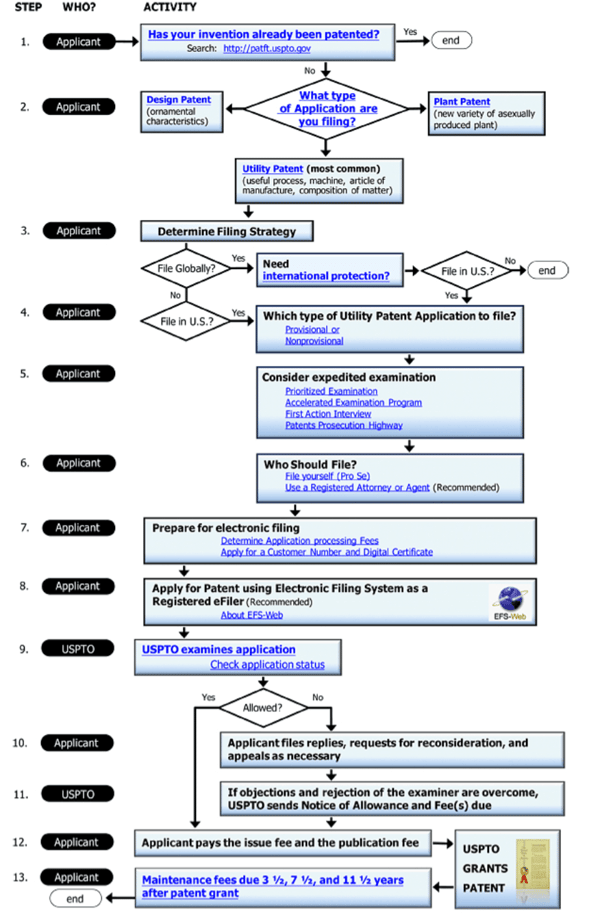 Finally, in order to be patent eligible, the claimed invention must also be useful, that is, have a specific, substantial and credible utility. See MPEP § 2107 for a detailed discussion of the utility requirement.

How to patent an idea

A mere idea or suggestion is not patentable; only inventions can be patented.  An easy way to distinguish mere ideas from inventions is to ask whether the enablement requirement of patentability is fulfilled, that is, can a person of ordinary skill in the art make and use the innovative concept without engaging in undue experimentation?  A mere idea or suggestion would not be enabling to one of ordinary skills in the art.

How to get a utility patent

To get a utility patent, the applicant must ensure that the claimed subject matter of their invention:

Prior to filing a patent application with the USPTO, it is advisable that applicants at least perform a preliminary patentability search using the USPTO patent database to search for previously filed U.S. patent applications similar to their inventions for assessing novelty and non-obviousness.

On the other hand, the downside of performing an extensive search is that the applicant would need to disclose any relevant prior art identified to the USPTO.  Therefore, some applicants may prefer to do a more preliminary search prior to filing the utility patent application.

How much does a utility patent cost?

How long does a utility patent last?

What is patent infringement?

To successfully sue for patent infringement, a patent owner would have to show in court that the other party is making, using, offering to sell, or selling the patented invention in the U.S., or importing into the U.S. any patented invention during its patent term without authority.

Patent infringement is determined on a claim-by-claim basis, that is, the patent owner only needs to show that each and every element of a patent claim is present literally or equivalently in the accused party’s product or method. A showing of infringement does not require a showing that all claims in the patent are being infringed.

The following are some defenses to patent infringement that the accused party can present: 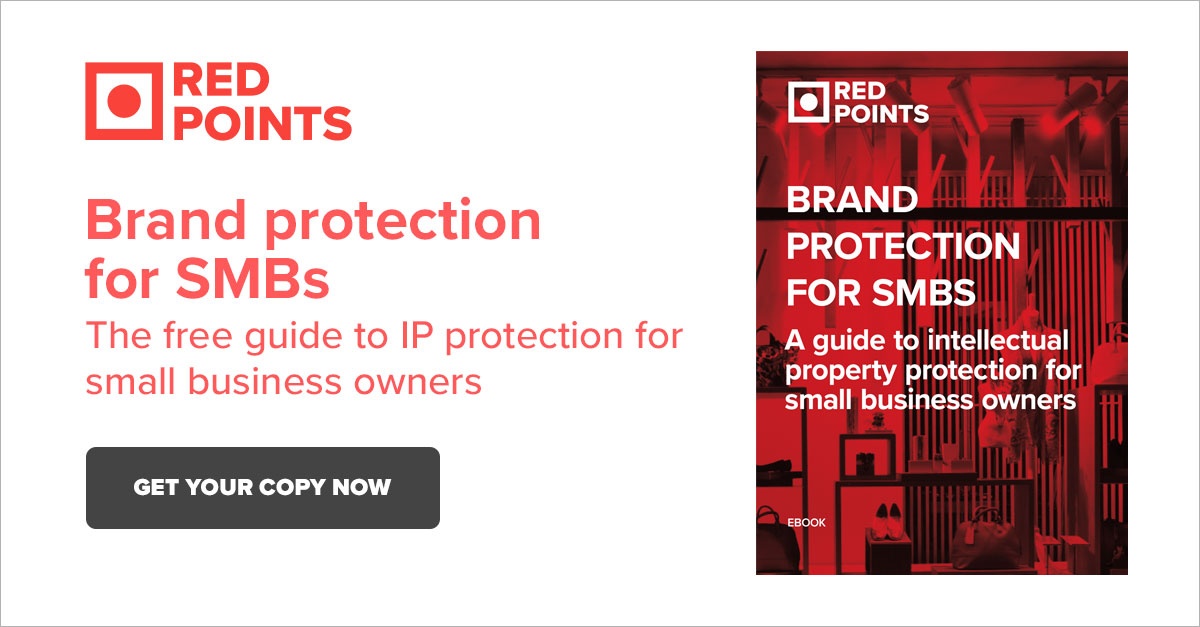