World famous New York designer Alexander Wang has battled with over 450 different illegal websites and has won over $90 million in damages to his business and brand.

High fashion is one of the main victims of counterfeiting, with U.S. officials seizing over $1.2 billion of fake goods in 2015. Consumers are eager to own the status-lifting brands but some are not prepared to pay the high price tag, creating a huge demand for cheap fake alternatives. Different tacks have been tried against counterfeiting: attacking search engines, e-commerce sites, educating consumers and targeted legal action to name a few. Wang Inc. has made history recently in using the latter, in total successfully suing 459 websites for copyright infringement.

The illegal use of the designer's name was one of the main issues. Many of the offenders were cybersquatting, in that they owned website names such as alexanderwangshoessale.com and cheapalexanderwangbags.com without permission or official association with the company. This technique is in order to catch customers who may not be aware that the website isn't an official reseller.  In order to appear trustworthy to consumers, some of the sites even copied the layout of the official Alexander Wang website, freely using design trademarks as they saw fit. In addition to this, the sites sold counterfeit versions of the products, for much profit as they pretended to be discounted genuines.

The court case was short and Wang Inc. was awarded $90 million in damages. The 50 defendants were found guilty of cybersquatting and trademark infringement, however of the 50 defendants 0 appeared at the trial. It appears the websites owners were prepared for this eventuality as they appear to have used fake identities to construct and register for the domains. This means the company and the designer will find it difficult to actually get the money that's owed.

The U.S. legal system has adapted to bolster claims such as in this case. "Operation in Our Sites" is a government programme originally started in 2010 and was created in partnership with PayPal. It allows U.S. Customs to seize funds that are in the accounts of guilty defendants or their websites. However given that the defendants are generally using fake names and identities, it's probable that any money taken from the accounts will be very small and nowhere near the $90 million owed. A spokesman for the company told WWD: “The court system regularly awards very large amounts for the symbolic significance, as a means of deterring other individuals and parties”. However there is a possibility that even symbolic damages have their due, and counterfeiters may be deterred from copying Alexander Wang designs following this widely-reported case.

Dennis Wang, the Chief Principal Officer said in the same report to WWD that “The company takes its intellectual property rights very seriously; protecting our brand requires maintaining constant vigilance on a global scale as well as taking proactive measures such as sending cease-and-desist orders directly to domestic and foreign counterfeiters, as well as contacting website servers that host counterfeit sites". Wang further outlined why this court case was hugely important for his company, as “the creativity and originality of our designs are the foundation upon which the company is based.”

Wang Inc. began to invest heavily in patents and protection back in 2012. It's become apparent that while U.S. intellectual property law is strong, it has not stemmed the tidal waves of counterfeits that have hit the internet in recent years. In Europe it’s estimated that fake fashion products account for 10% of sales and over $28.7 billion in lost sales. Wang Inc.’s victory sends a message to counterfeiters, but has been a long legal process that is unlikely to pay well in the end. We have to ask if this will really impact the practice of counterfeiting in a real way, given that already there are new websites selling fake Alexander Wang products: we found one after just a quick search online.

It's clear that to combat counterfeiting, businesses can only do so much to stop this practice, that is causing undue damage to millions of creatives worldwide. By educating consumers and working to do as Wang Inc. did and removing the websites and places that host fake products online, perhaps playing a long game may eventually prove worthwhile. However perhaps traditional court methods are not feasible or possible for middle-sized companies. These companies should seek to understand their own risks; by taking advantage of the free Red Points counterfeit audit, for example, and draft a brand protection strategy along with your intellectual property rights accordingly. 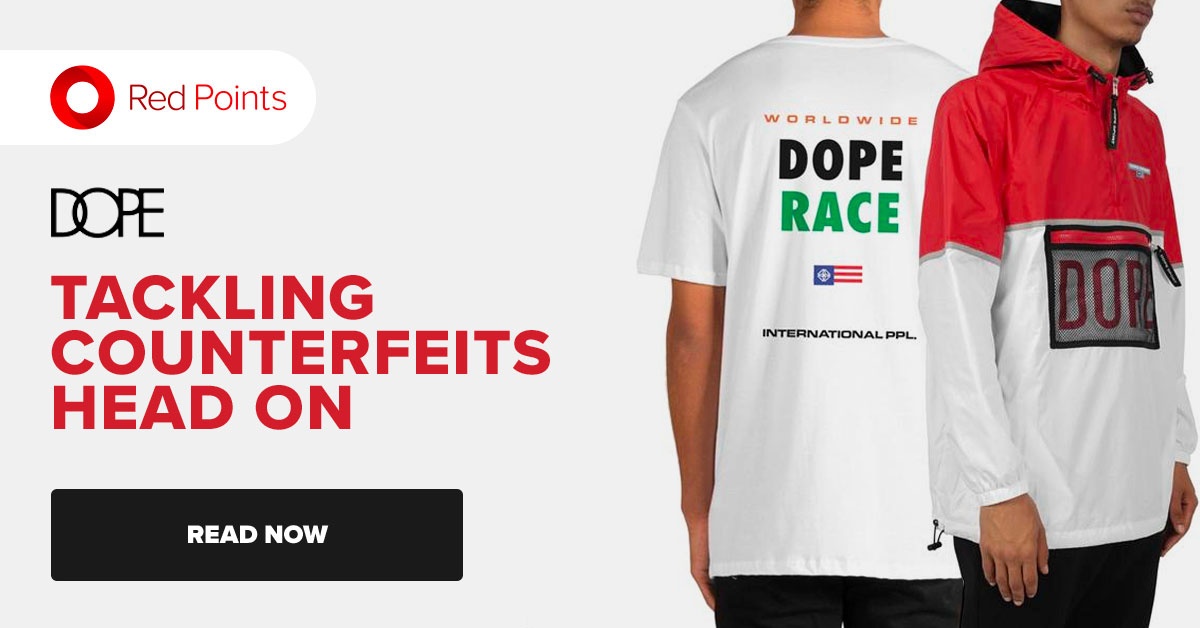