5 Counterfeit Products You Would Never Buy

Would you risk it? We've come up with some examples of products that highlight the dangers of unregulated counterfeit products. It's safe to say no one would knowingly buy these cheap alternatives.

In our extensive investigations of the black market we've come across counterfeit versions of pretty much everything. You name it, there is a factory somewhere (statistically it's probably in China) making fake versions of it. There are some things that do offer price motivations, like a fake designer handbag at a fraction of the cost of real thing - sure it will probably break in a month but at least it poses no major risk to the consumer's health. However, below are some products you just wouldn't imagine taking the risk on.

Needless to say, this is something that customers shouldn't have an issue investing money in. The climbing community went into high alert after a series of sellers from Asia were producing counterfeit climbing products under the name of respected brands like Petzl's. Most people like to save money, but if scaling mountains is your passion and gravity is not your friend, then cheap fake alternatives are not worth the $50 in savings.

Fakes have continued to pop up since 2011, news channels and official organisations tend to alert climbers to be extra careful when buying specific products, depending on the counterfeit risk. It begs the question whether customers really know if they are being sold fakes; climbers tend to be fairly safety orientated given the consequences of even the smallest mistake. A quick glance online and you can get anything from counterfeit karabiners to rope. There is a large amount of these products aimed at suppliers as there are a minimum order levels on websites that exceed personal use levels. This is even more concerning as someone could buy this from a climbing shop or be used in large centres for rental purposes. 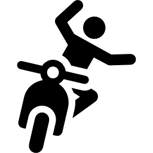 Riding a motorcycle is fun, and a time-tested measure of cool - but also can be a little dangerous. Motorcycle users make up for approximately 13% of all vehicle user fatalities and you are 38 times more likely to die in a crash than car users for ever mile driven.  Top brands such as Shoei are well engineered, trusted and made in highly controlled factories in Japan. Usually, their helmets sell for excess of €500, but you can buy an almost identical counterfeit that even contains a "Made in Japan" stamp from a Chinese manufacturer for $80.

Genuine helmets are expensive to make and run through a series of stringent tests, making them incredibly tough. The BBC ran a short programme testing a fake helmet bought on the internet. As you can see in this video, not only does the helmet not meet the safety standards but it breaks completely, meaning the user would suffer potentially fatal injuries. Motorcycle jackets are also pretty important in ensuring safety. Designed to protect a wearer when skidding on the ground, a genuine leather motorcycle jacket will protect a rider's skin for a period of time even at speeds of 70 mph. Brands such as Alpinestars are some of the most respected manufacturers, and a low cost genuine jacket retails at around $300-$500; however, on some sites you can buy fakes for as little as $70. Again, what seems like a bargain results in a dangerous risk to your health. In the same BBC series they compared a genuine jacket to a fake one (watch the video here). The concern is that for both these products, superficially they are very similar, and come with what appears to be all the relevant tags and paperwork that "certify" them as genuine. It’s possible customers are unaware they are risking their safety in purchasing them. 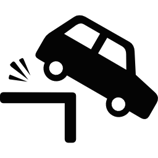 The U.S. Federal Commission values the counterfeit auto parts industry at a cool $12 billion a year. The risks are very self-explanatory, however counterfeit car parts have become a huge problem in recent years. Countries like Saudi Arabia have been the worst affected to date, but we are now seeing an increase in the activity in Europe, the U.S and in Australasia. One of the main issues is that people purchasing online may not be aware they are purchasing counterfeit products. Modern-day car parts are pretty complex and it would take someone with specific knowledge to spot the difference between the real and a fake. The health implications are clearly huge. Car manufacturers have urged for customers to be careful when purchasing online and some have launched awareness campaigns about the severity of using counterfeit airbags; the crash dummy with the counterfeit airbag doesn't fare so well. We recently wrote a piece about the scale of this problem, finding that counterfeits parts are available for anything from brake pads to hydraulic hoses. 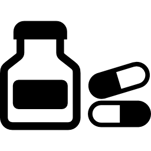 Worth about $75 billion a year, this industry is by far the most widespread form of counterfeiting and is a growing pandemic. Counterfeit medication is being sold unknowingly to both medical professionals and to individuals for self-medicating purposes. A World Health Organization report suggested that one third of all counterfeit drugs have no active ingredient, which can be devastating for those in need of lifesaving medication exploited by profit-driven counterfeiters.

Cheap fake medication is often targeted at students as study drugs, acne medication, fake morning-after pills, weight-loss drugs and even recreational party drugs. The problem has been growing for a while, claiming the lives of many unlucky consumers. There has been a number or cases of people becoming ill from taking fake medication, including the singer Prince, who is believed to have died from counterfeit pills. These illegal factories have very little control measures in place but can produce very official looking drugs.

The consequences of inferior counterfeit condoms are pretty life changing. It's a subject that may make some blush but the negative outcomes can obviously result in damage to your health, both physically and mentally, as well as potentially embarrassing situations. Counterfeit contraceptives have come pouring out of China, falsifying brand names and European standards stamps. There has been a number of seizures of fakes in recent years, however what's concerning is that these tend to be of mass stores that will be placed in vending machines or sold in shops. This makes it difficult for consumers to spot fakes as they have purchased the item from a reputable source. This problem has become so widespread that there are even videos available on how to spot a fake condom. It could be that these fakes are responsible for some surprise pregnancies, however this is might be the best case scenario, and the reality is much more dangerous. The dangers are mainly in the ingredients used, a police raid on an illegal factory in china found fake condoms containing toxins and heavy metals. It's probably wise to buy them from a local pharmacy, or you could be in for a rather uncomfortable conversation.

How to remove a counterfeit from Amazon (step by step)

Intellectual property infringements, types to look out for online